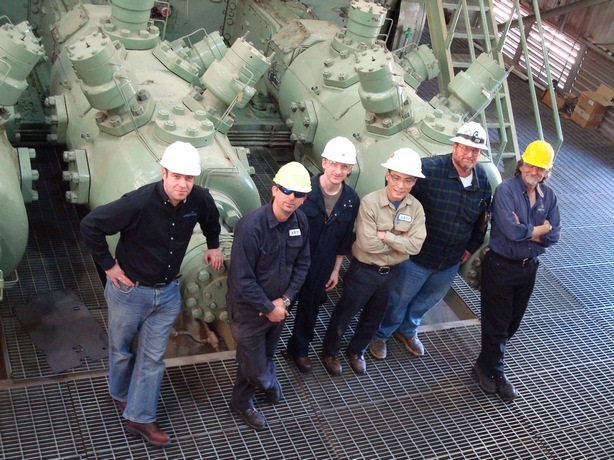 In September of 1988, engineers with extensive Original Equipment Manufacturer (OEM) experience in engine design, development, testing and field support formed Advanced Engine Technologies Corporation (AETC). At the time of our formation, AETC primarily provided warranty support, various field test services, and failure analysis for OEM’s. Our signature applications focused on diesel and dual fuel engines in marine and co-generation. During that time, AETC supported new technology development, publishing one of the first papers on micro-pilot dual fuel engines in 1990. While presenting that paper at an American Society of Mechanical Engineers (ASME) conference, Greg Beshouri, AETC’s future president, met Jim McCoy. At that time, Jim McCoy worked for one of the major pipeline companies and was very excited about new technologies (some things never change!). Jim introduced AETC to the PRCI and a number of other technical leaders in the pipeline industry. There was no going back. The pipeline went from 0% of AETC’s income in 1988 to over 70% today.

Since the 1990’s, AETC has worked on a number of other PRCI related projects including: the PEMS Guidelines, Emissions trade-offs and Advanced 2 Stroke Cycle Engine Controls. These initiatives have resulted in products which AETC has directly sold to end users and/or licensed to leading providers in the industry.

AETC attributes its success to the strong relationships it has developed with partners including major pipelines, research institutions like the National Gas Machinery Lab (NGML) and a collection of innovative technology providers. With the help of our partners, AETC developed cutting-edge concepts on engine control, fused PEMS and combustion monitoring to create very accurate combustion based PEMS, developed very effective methods for specifying upgraded engine performance, and much more.

Many of the products and technologies developed by AETC for the pipeline market have migrated into other engine markets including distributed power generation and waste water co-generation. These developments have heavily impacted the industry by granting the ability to handle infinitely variable fuel gas composition and cost-effective compliance monitoring concepts. AETC has even applied technology which started in this industry to asphalt heaters.

If you have any questions about our company or you would like to schedule a consultation, please contact us at 510-614-6340 today. You can also fill out the simple web form on our Contact Page:

Advanced Engine Technologies Corp. is a mechanical engineering firm specializing in engine analysis and testing, serving clients nationwide and across the globe.

Contact us today to discover what Advanced Engine Technologies Corp. can do for you!